An interuption to the end of year stuff to mention Band Aid 20. I saw the documentary on BBC1 last night about the new record and it changed my mind. Before the show I had thought that it was a load of overpaid rock stars making a "charadie" record to boast their profiles (and egos). I read an opinon piece in the NME by Alex Needham a couple of weeks ago that kind of confirmed my opinions that this was a gross piece of publicity by Dominic Mohan and The Sun.

And you know, I still agree with Alex to a certain extent. For example, it grates having a band like Busted involved (the first and last time they will ever get a mention in this blog), who have said they would vote Tory to pay lower tax. But really Band Aid 20 is more than the sum of its parts - its more than just a record, its a political statement aimed at focusing political pressure on Western governments to drop 3rd world debt. So if this record sells by the bucket load it won't just raise cash for charity but it will cause the same stir it did 2o years ago.

BTW. Seeing Damon Albarn walking around the recording studio with a tray of tea was the highlight of last nights documentary. You can tell that he was always the wild one in Blur ;-)
- posted by Nigella @ 8:53 PM (0) comments
Monday, December 06, 2004

The End of Year Chart

Every music publication has an end of year chart and this blog is no exception. To start with, the first 5 albums of my top 10 of this year. I haven't bothered to put them in order as I jst can't pick one of them as my "bestest most favourite album of this year, ever!" 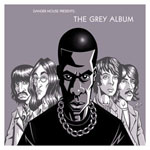 This album makes the list for many reasons (a) it seemed to spend weeks on my minidisc player (b) it got me listening to Jay-Z and re-evaluating to The White Album. (c) It was the first truly digital album distributed for free and against the will of the Beatles layers on the internet (d) It pissed EMI off because they realised they couldn’t win.

The Libertines – The Libertines
Listening to the entries in the XFM rock school recently showed just how influential the Libs have been to a generation of kids. And if the band split up, which looks pretty inevitable at the mo, then this will be a fine epitaph, chock full of fine 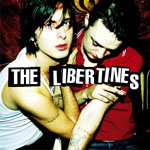 pop songs, wit, and the odd dig at the other half of the writing partnership (“ They sold the rights to all the songs and when they knew you’d give me songs, welcome back I said” from whatever happened to the likely lads or “And ending fitting for the start, you twist and tore our love apart” and “No you’ve got it all the wrong way round you shut me up and blamed it on the brown / Cornered the boy kicked out at the world… the world kicked back a lot fuckin harder now” from can’t stand me now. ). I could have picked any of the 10 or so CDs floating around the internet at the mo that give a feel for the evolution of the songs (and some of the material Pete now uses as Babyshambles) but this, the finished product is their finest hour. 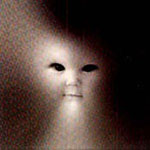 Have you been looking for a record that sounds like Tangerine Dream’s Green Desert or Pink Floyd’s Echoes? What about gothic choirs (that’s gothic as in medieval rather than the purple nail varnish brigade)? No? Well you really should try and why not start with this, because it really is the most original album we’ve heard in years. Add in tracks that sound like Ride and Boards of Canada and you have a record that sounds like the inside of Thom Yorke’s head.


Razorlight – Up All Night 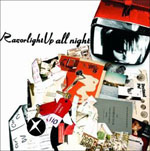 In October last year we saw Razorlight play the 100 club on Oxford street, which in the past has hosted many of Mr Borrel’s blues and rock heroes – with pictures of each of the stars on the wall. If the band continues to produce albums of this quality then they’ll be putting a picture of Johnny and the boys up in a couple of year’s time. Until then, we’ll just have to make do with this collection of top pop tunes. 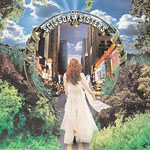 Proving that its OK to sound like Elton John, unless you’re actually Elton, who stopped making sense about 25 years ago. So think of this as the album that Elton would have made as a follow up to Goodbye Yellow Brick Road, if he were to find himself in New York with a group of misfits that make the village people look normal. But there’s more than Elton, there’s sex, sas, and wit and a cover of Comfortably Numb that makes the old Floyd song sound less pomp and more romp.


James Blunt - Back To Bedlam

A bit of a surprise entry here – we didn’t know who he was until we saw him supporting Beth Orton. The raw emotion he put into his solo support slot got us interested and a few days later we found this record. The only problem with this record is that it’s just not as good as the live show. You see it suffers from Over Production Syndrome, which means that some of the emotion is lost in chorusing on his voice and other pieces of studio trickery. James – let’s have a live album please.